How should we write about „Nature“, this multiple invention of European culture that evolved from Middle High German natûre (the inborn kind, instinct, the sexual drive)?
Soon the concept designated that which is wild and untamed beyond the castle and beyond the seas, denoted threat, wealth and fascination.

„Nature“ was and is that which is inaccessible to pur

It energises dreams of taming and domination. The landscape garden tells of it as well as the expeditions of the nineteenth century with their blend of science and adventure, and the romantic admiration for that which is sublime and which, in ruins and mists, was sought after on the highest pinnacles of the world. How to talk and write about this nature that allegedly contrasts with culture yet which is everything that lives, that surrounds and encloses us, even if we like to consider it as something „other“ than us: that space into which we release harmful elements and poisons and which we use and use up.

It is there that we have tangible evidence of – our exposure

among the forces of heaven and earth, and clouds, volcanoes and all those other elements with which we share the planet. And, as well, our belonging. Our capacity to be touched by this „other“ and to safeguard it within us.

This sense of being touched I call ‚beauty’. Nature-writing for me is the attempt to express the particular beauty of a concrete piece of nature in words, in sentences and in rhythm. I don’t prioritise the actual path, the adventure, the discovery; what matters above all is the way in which a text responds to a landscape that has been registered, in which it responds to an external that contains life – this may be large or small, visible or concealed – that leaves traces behind and that speaks in these traces. The idea that informs My Hiddensee – short narrative sections, interrupted by images of one hundred words – was derived from the landscape of the island itself. The chapters retain the rhythm of walking, moving about on the island with and against the constant wind, the glittering of the sea around its hem, the darkness of its wood.

How do we build, how do we live?

A counterpoint to this relationship to „nature“ is my interest in towns. Home is a central theme of my prose. In the face of migration and globalisation it seems ever more important to develop the capacity to find a home for oneself. In other words, the building of houses and nests.

German uses two different words for living as “living a live” (leben) and living as “dwelling” (wohnen). What does this distinction mean? German “home” (zuhause) links the concepts of secretiveness, uncanniness and a feeling of being at ease. Again: what does this linguistic linking convey? Cities are accumulations of people and movement, and, as the German language keeps suggesting, also places of constant concealments and revelations. How do atmospheres emerge?

My Hiddensee and London – Favourite Places pursue possibilities for writing on Nature and Space.

Which cues or keywords does a particular city itself hand to us?  The London-book (Favourite Places – London) developed out of this question. Thus it follows the course of the Thames from West to East, allowing the city to emerge out of its banks. In order to open points of access beyond maps; accesses which read the present in the light of histories that have played out at a particular place and which at the same time explore the city’s topography, its smells, its nightlights and memorials, its temples of consumption, its tunnels and towers.

Reading their stories, memories and legacies.

For 20 years I’ve lived in Berlin, Prenzlauer Berg. At least when I’m in Germany. Many of my stories are letters of observation from this bio-and socio-tope. The story that gives the title to the volume Hot Dogs would never have come into being without encounters on the streets of Berlin. The character Gina Regina who appears in both my collections of stories, Hot Dogs and Richtig liegen, owes her existence to Berlin as does the character Rosa Maregg, the youngest sister of Gregor Samsa whom Berlin supplies with the right ideas for her dealings with her bug-brother.

Books on the theme of „Nature and Space Writing“ 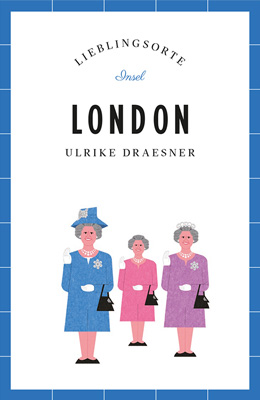 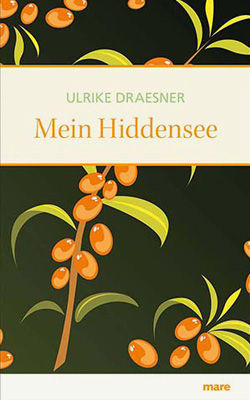 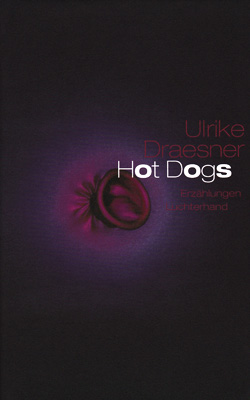