»Her hand moves over her eyes. Whatever makes contact does not necessarily merge, but what merges makes contact – now and now again, and later still remains in touch.« 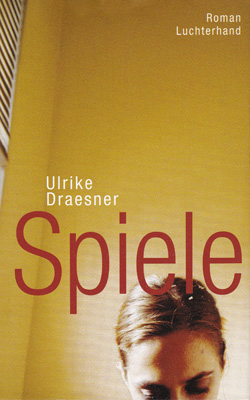 “In the midst of my research for the novel I discovered that Stephen Spielberg was planning a film on the subject I had chosen. Soon it became clear that Spielberg’s „Munich“ was about what happened after the Munich terrorist attack of 1972. I relate the events themselves.”

In 1972, with the taking hostage of the Israeli athletes, the manifest openness to the world of the Summer Olympic Games was torpedoed in the most brutal way imaginable. But 1972 was also the year in which Katja became an adult and when her first love betrayed her and was in turn betrayed by her. 20 years later Katja begins an increasingly urgent search for what really happened at that time. And it is apparent how closely the private story connects with the larger political story.

„A wild book (…) a racing stream of narrative. One can’t put the book down.“

„Sensuous and powerful language, full of intermediate tones, smells and colours, a language that, with its many changes of perspective, creates throbbing fields of tension. A rare and special joy.“